The objectives of the ‘Grands Sites de France’organisation

The label ‘Grand Site de France’ is awarded to places which have successfully undertaken rehabilitation programmes and offer visitor services which befit the surroundings.

The aims are two-fold, the most obvious being the preservation of the character and landscape of each individual site. The second, less well-known objective is to make a positive contribution to local economic and social development.

Preserving the character and landscape of the area

Nature conservation and preservation is the number one issue for each Grand Site de France, but it is not the only one. The management teams have to strike a balance between preserving the site and attracting a large number of visitors to the area. Tourists are essential, but this should not be to the detriment of the everyday lives of local inhabitants. It is vital that property and traditions continue to be handed down through generations, thus preserving the character of the area. 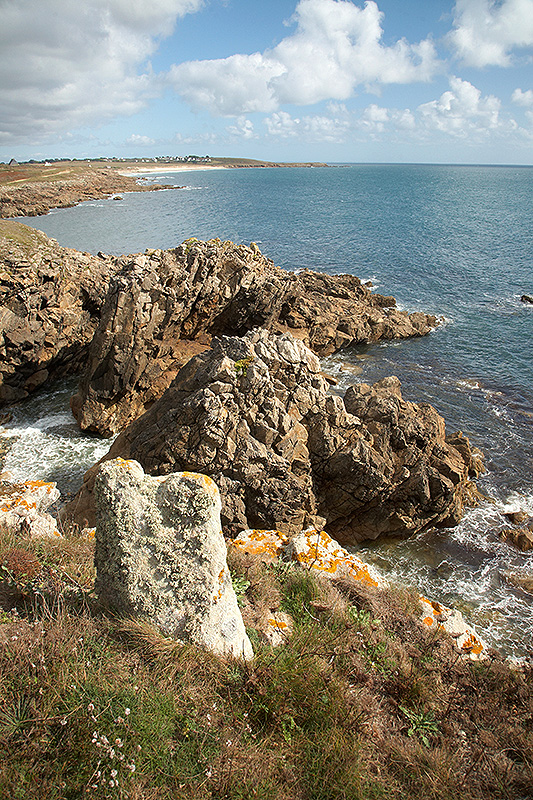 Through its approach to local development, inhabitants and traditions, a ‘Grand Site de France’ is a source of transmission for future generations. It also provides a means of ensuring the respect and promotion of sustainable development by the way in which the site is managed and through actions to boost public awareness.

By their reputation, Grand Sites stimulate the local economy and are actively involved with supporting local business development.

Since the award of the new label, as well as completing a network of paths, the Pointe du Raz has acquired an electric shuttle bus to carry disabled visitors as far as the telegraph station. A rehabilitation programme for the Visitors Centre and car parks is under way to improve facilities for the 900,000 people who visit the site each year.

Photographic monitoring is regularly carried out to observe the evolution of the area. This allows the on-site maintenance and nature teams to take optimal relevant action.