An alliance of ‘Grands Sites’

The network today comprises 47 Grands Sites, 20 of which have been awarded approved ‘Grand Site de France’ status. The 47 Grand Sites receive a total of 32 million visitors every year, each of whom is offered a unique, personal experience. The Grand Site network also provides a forum for local site management teams to share their expertise and know-how.

Setting up the network

The ‘Grands Sites de France’ network was set up in November 2000. It is a French association created under the law of 1901, recognised as being of public interest. It encompasses places which have already been awarded ‘Grand Site de France’ status and those currently working towards being awarded the approved label.

The network started with just 17 Grand Sites, a number which has reached 47 today. It is active internationally through its French-speaking training centre where site managers can exchange ideas and know-how.

Each site seeks an operating method which enables it to provide a quality welcome for visitors while respecting the character and atmosphere of the environment and ensuring a positive economic effect on the economic and social fabric of the area.

The ‘Grands Sites de France’ network organises annual meetings so that its members can share their experiences and work together on innovative ideas to improve the day-to-day running of the Grand Sites.

The Grand Site de France experiment attracts interest from a growing number of countries. Since 2010, the network has run an International Training and Exchange Centre for French-speaking heritage site operators.

It organizes networking between French-speaking heritage site management teams and offers a full management training programme. It also helps in the setting up of technical cooperation between Grand Sites and their counterparts around the world. 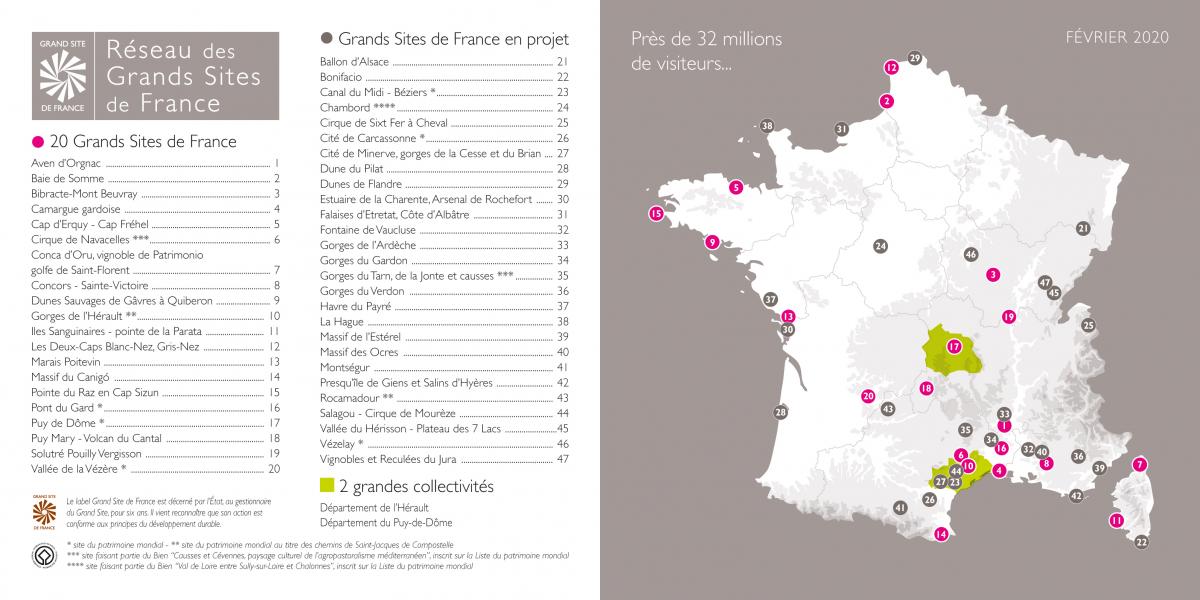