History of the site

The attraction of Cap Sizun and the Pointe du Raz is nothing new as the area was already a popular visitor destination at the end of the 19th century. It has continued to gain in popularity and currently welcomes around a million visitors most years.

Over the years, the Pointe du Raz has thus become one of the major tourist attractions of Brittany and an iconic ‘absolute must’ to visit. 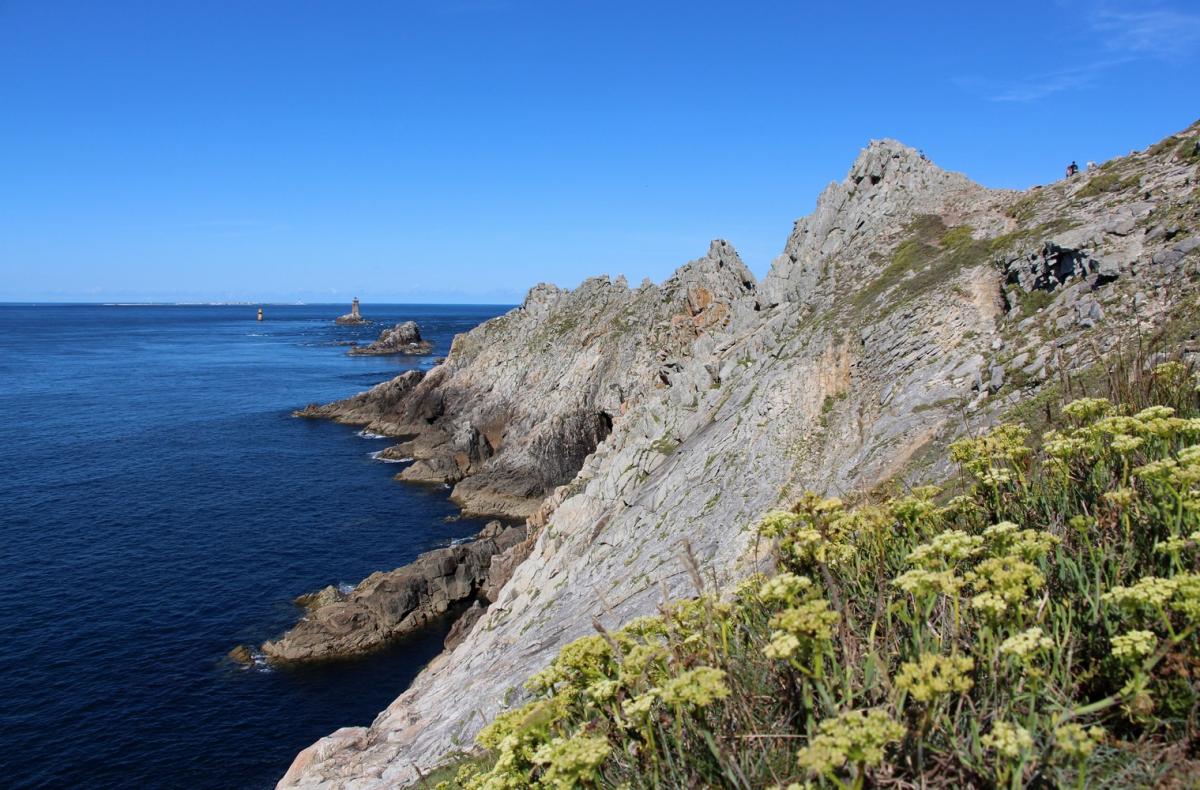 The savage beauty of the Pointe du Raz has inspired numerous writers including Victor Hugo and Gustave Flaubert, whose accounts contributed to the international renown of this ‘end of the world’. The emergence of rail and road travel at the end of the 19th century encouraged the arrival of the first well-heeled tourists.

The granite promontory soon became an essential destination for travellers attracted to its majestic, natural scenery and the first tourist facilities made an appearance. The number of visitors continued to grow, encouraging the local inhabitants to benefit from the burgeoning economy. Guided tours were organized and in 1909 the first two hotels were built. A total of five hotels welcomed tourists during the inter-war period.

The arrival of mass tourism

Numerous little shops grew up on the site and in 1956 the Pointe du Raz was valued at between 12 and 15 million francs. In 1958, the local council decided to put an end to the development of unstable commercial structures and to create a safe, purpose-built centre.

In 1962, a village of 14 shops was built as well as a 2-hectare car park, but the integration of the shops and hotels within the landscape was not appreciated by everyone. The Pointe du Raz came to ressemble an urban development, albeit with a magnificent view, with fast-dwindling ground vegetation.

The need for protection and conservation

In 1989 the Society for the Study and Protection of Nature in Brittany (SEPBN) carried out a plant ecology study of the area and concluded that 6 hectares of the Pointe du Raz site were severely damaged.

At the end of 1989, the terms and conditions for the Pointe du Raz to become a ‘Grand Site’ (known as Operation Grand Site) were drawn up with the backing of the State and local inhabitants.

In 1991 the ‘Syndicat Mixte pour l'Aménagement et la Protection de la Pointe du Raz et du Cap-Sizun’ was set up to oversee the development of the site and subsequently to manage its day-to-day running.