Hundreds of different sea birds from near and far come to nest here in the magnificent setting of steep granite cliffs and heather every spring.

The Reserve covers a coastal strip of jagged, granite cliffs which are up to 70 metres high. 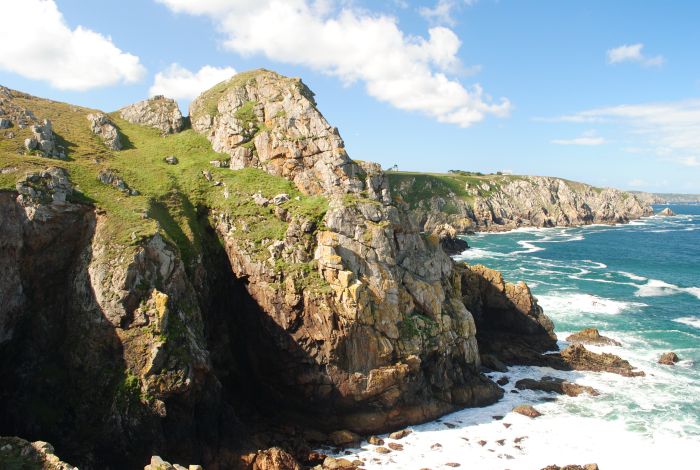 The vegetation forms different ecological bands ranging from sparse cliff plants and short grass exposed to the salty spray to the slightly more protected heathland of the plateau thick with bracken in its more sheltered parts. The landscape of the Reserve is very craggy along the coastline, but the inland plateau is equally varied and interspersed with little valleys and dells. The highest point of the Reserve is 85 metres. 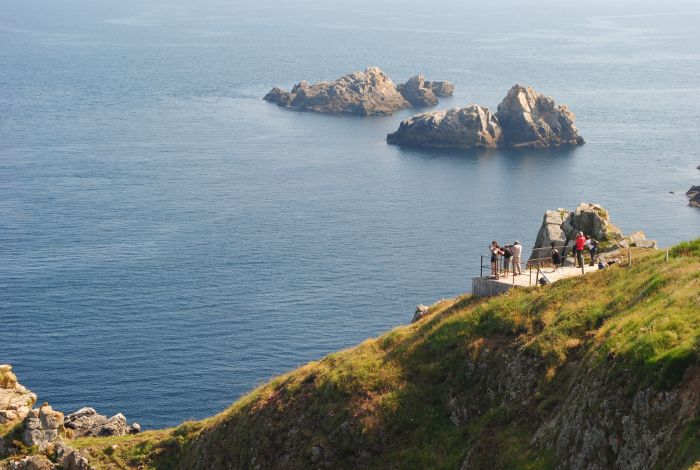 A great diversity of sea birds 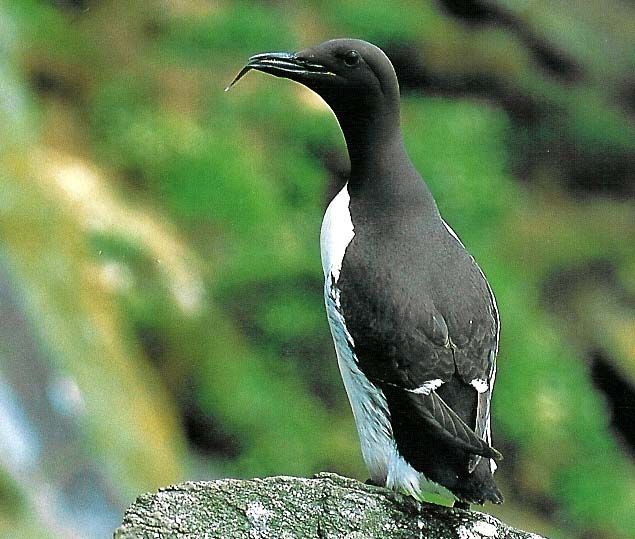 Among the ocean-going sea birds which visit the Reserve are black-legged kittiwakes, common guillemots, Northern fulmar and European storm petrel. Coastal species include the European shag, the herring gull, the lesser black-backed gull and the great black-backed gull.

The heathland, coastal grassland and cliffs are the all year round home of other remarkable birds including ravens, red-billed choughs and peregrine falcons, all three of which have become very rare species in Brittany. 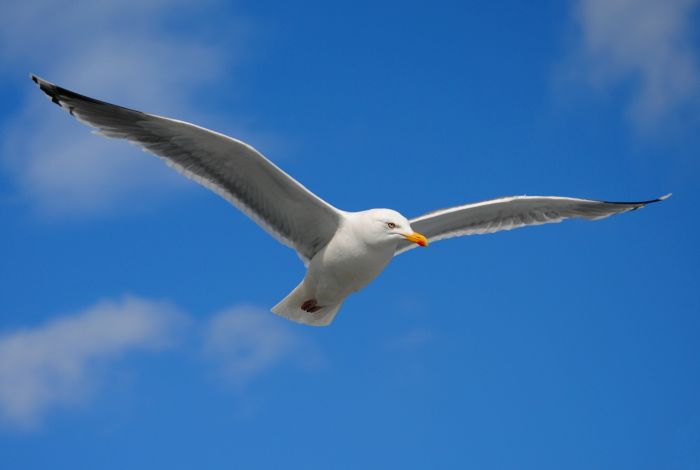 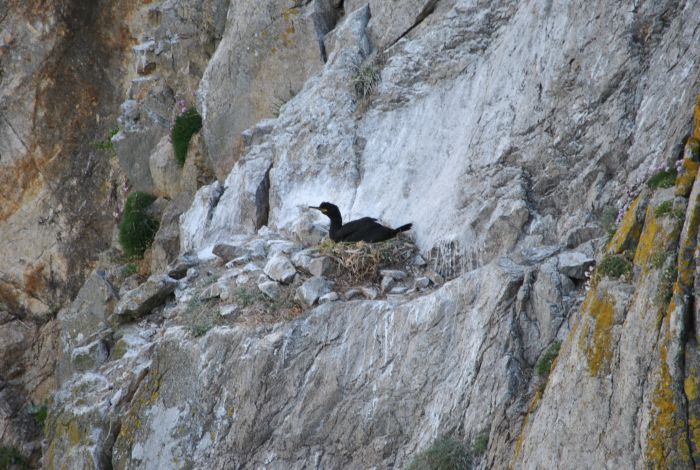 Grazing land and the red-billed chough

For almost thirty years the Reserve authorities have managed the land in the age-old manner by grazing sheep and horses. The close-cropped vegetation allows the red-billed chough to find the ground insects it needs for food, which explains why it has returned to nest in the Reserve after a long absence.
In addition, the Landes de Bretagne sheep which graze the moorland have thus been saved from extinction. The biodiversity is completed by Dartmoor ponies which graze the area very effectively for part of the year, common kestrels and numerous small birds such as yellowhammers, meadow pipits, common stonechats, Dartford warblers and linnets.

Origins of the Reserve 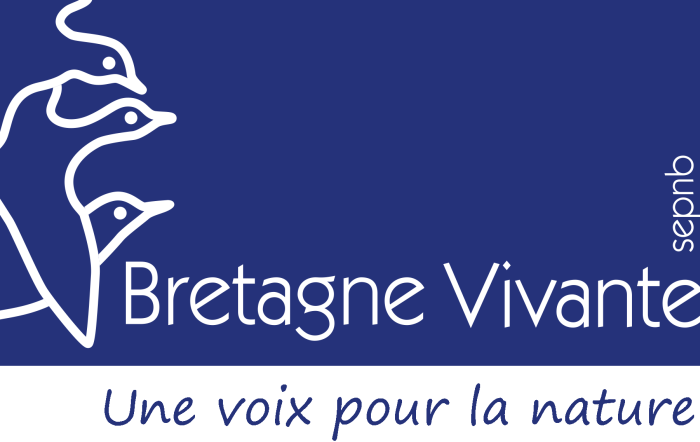 In 1959, Michel-Hervé Julien created a Bird Reserve to protect bird colonies which were under threat on the coast of Goulien. In 1973, the Conseil Général of Finistère bought most of the land and entrusted it to the nature organization, Bretagne Vivante-SEPNB, to manage, a situation which continues today. 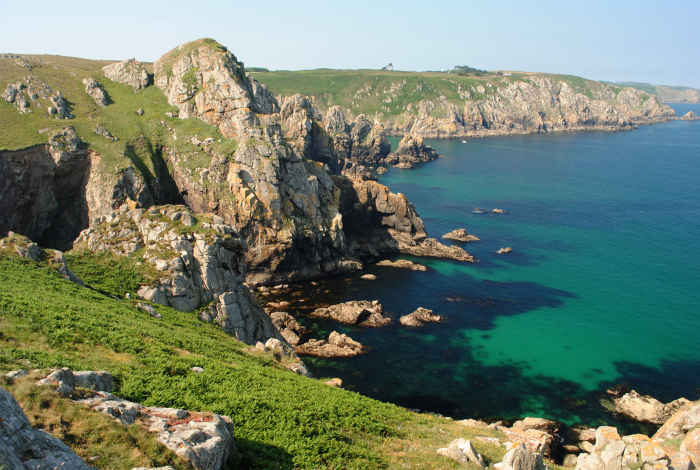 The Reserve covers 50 hectares of the cliffs and rocky islets of Cap-Sizun which are richest in birdlife. It has been the site of a ringing programme for scientific study and research on the black-legged kittiwake. The Reserve has been open to the public ever since it was set up and has played a pioneering role in environmental education in Brittany.